Yesterday night, I limped over the 200 miles of writing milestone so I am sharing with you, The Priest Hole, the first tale from Mexenby Hall. It’s publication is much later than I imagined but dystonia is predictably unpredictable and I should have realised as soon as I pledged to write 1000 miles the #DystoniaAroundTheWorld challenge it would fight back in the worst way by affecting my vision. Days have been lost but like all travellers on an epic adventure, I am just moving forwards one step at a time. 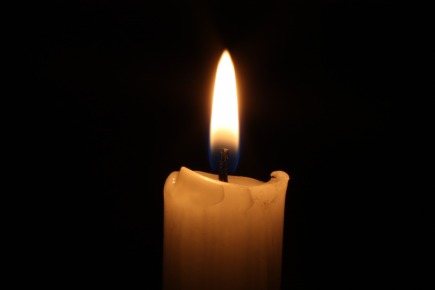 Darkness cloaked the narrow passageway. The small candle’s flame flickered with every exhalation and cast little light as Nell gingerly eased herself towards the steep spiralling steps. Her worn uniform and thin borrowed shawl offered little protection against the bitter cold emanating from the damp stone walls.

The privilege Nell felt earlier when summoned to the Great Hall and took into the Lady’s confidence after only a few weeks of employment seeped away as the walls constricted and the rising stench of unemptied chamber pots forced her to question her easy compliance. The Lady hid her true faith well. Any rumours rippling through the staff of clandestine visits from the cast out priest were quickly stamped on by the sharp tongue or slap from Cook and the staff’s forced attendance to the dreary church service every Sunday while the Lady stood in the family pew crushed any lingering doubts. Nell never guessed until she heard the simple request and now she wanted to return to the warm wood panelled room with the crackling fire she lit earlier to retract her agreement, but the clunk of the entrance closing sealed her fate.

Clutching her bundle close to her pounding chest, she swallowed down the wave of nausea, licked her dry lips, and rolled back her shoulders; she could do this and stepped down into the abyss. The twisting staircase plummeted into the depths of the property and she wondered whether the priest had traded the raging flames of Hell he feared for an icy, stagnant equivalent. A hacking cough echoed upwards. She froze and listened. Would the sound penetrate the thick walls of Mexenby Hall and alert the visitors to his presence? Would it lead to his violent demise? And hers? She made the sign of the cross with the candle and prayed. It remained silent except for a shuffling below. He was close. Nell hastened her descent: the sooner she delivered the bundle, the sooner her role as a small cog in the bigger machine would be complete and she could retreat to safety.

The dancing flame illuminated the bare and compact room. A dark shape rose from the corner, uncurling itself to reveal a bent figure hidden beneath a thick cloak. A hand clawed with arthritis beckoned her over. Fear grabbed Nell and the words announcing the arrival of food caught in her constricted throat. She wanted to flee, scramble up the way she came but her feet refused to comply. A cold draft wrapped itself around her ankles, shackling her to the ground as the figure approached.

“Come child,” it crooned. The voice was smooth and mesmerising. “You have nothing to fear. Not you.”

The hand grasped hers. Nell pulled, but the hand clenched hers tighter into a vice grip.  Nell’s eyes widened; the hood flung back,  revealing an elderly woman whose mass of white hair was braided into a long tail, and her blue eyes pierced deep into Nell’s soul, pinning her into place. A searing heat radiated up her arm. The bundle fell to the floor, unravelling, sending small loaf and apple rolling into a puddle. The scurry of small feet told her it had not gone unnoticed, but Nell could not take her eyes off the woman before her. The Old Crone of Mexenby. A legend of nightmares and fairy tales. A toothless smile emerged from the folds of the wrinkled face. 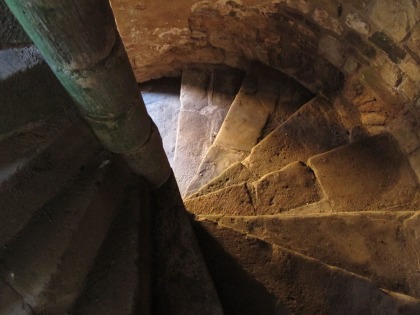 You can find out more about the dystonia challenge to raise awareness for dystonia and keep up to date on my progress here. Here is to the next 100 miles and hopefully I will be a step closer to reaching my target of £250.

View all posts by kakenzieblog

This site uses Akismet to reduce spam. Learn how your comment data is processed.